On September 11, 2001, just two days after I had begun a new position as a preschool teacher at my school in Boro Park, Brooklyn, the horrendous terrorist attacks unfurled themselves at several locations throughout the country.  As I taught my students in a school building that was only several miles away and within clear view of the World Trade Center, I looked out of my window to see an unbelievable sight: buildings engulfed in mushroom clouds of black unforgiving smoke.  Little did I know that within the hour, those buildings and the 2,871 people inside them would be no more.  Upon leaving my school that afternoon, I found a piece of paper on the ground that gave me a small sense of hope amid a world of sudden desperation and despair.  That paper inspired me to write the following story that was later published in a Queens College newspaper. 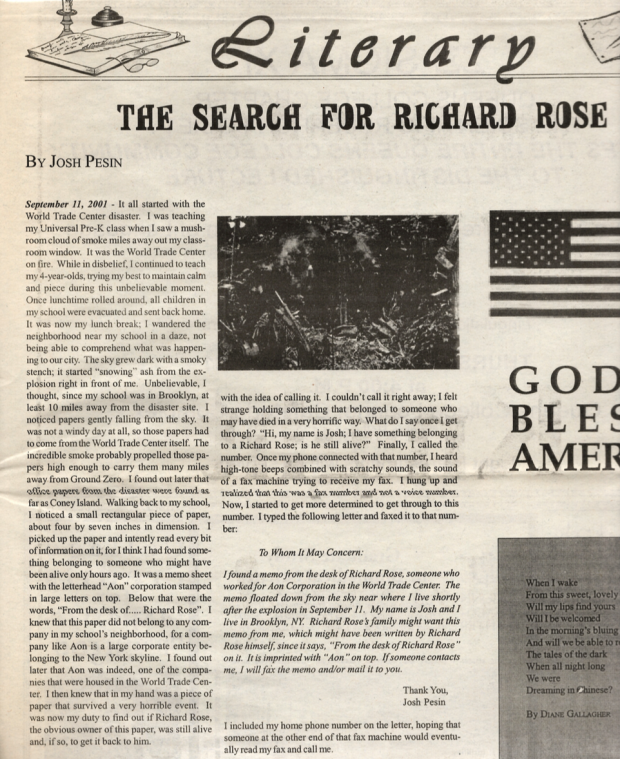 UPDATE: Right before I was about to publish this blog 16 years after I wrote the above news article, I googled “Richard Rose” and “Aon” to find out whatever happened to him.  According to my google search, he is alive and well and still working for that company.